At the Office: Be the Adult in the Room

There’s a reason people refer to the office as a “sandbox,” because some folks refuse to act like adults. And, if the level of childish behavior rises to tantrum pitch and the culture becomes toxic, there’s no chance for communication or growth. But the office is not a playground, and we’re not children. So it’s important that we enter into an “adult agreement” when we walk through the doors at work and begin our day.

When I work with companies looking to improve their business, one of the things we start with is our adult agreement. It informs the work we do for the entire day, and hopefully beyond.

Here are three agreements to make sure you’re acting your age in the workplace:

Don’t shoot each other down.

When a colleague brings an idea to the table – even if you disagree with it – don’t shut them down just to be “right.” If we want to be collaborative, we’ve got to consider that those around us have something valuable to offer. If you make it a habit to cut people off or discount what they’re saying out of hand, you’ll not only guarantee that they won’t share their ideas with you again, but you’ll likely miss out on insights that could help you and your company.

Own up to mistakes and bring them to the table.

Nobody is perfect – not you, not me, not Bill Gates or Mark Cuban or anyone you might admire in business. We all make mistakes, and the worst thing we can do is deny that they exist. Instead, own up to your mistakes and let everybody know what they are. We only grow and learn when we’re vulnerable with each other. Admitting error is often considered a risk, but it’s really an opportunity. Our mistakes let others understand who we are, what risks we’re willing to take and what lessons we’ve had to learn. Share freely to engender trust and understanding among your teammates.

Maybe you want to stay focused on the positive and don’t want to highlight “problems.” Wrong. You’re not a negative person just because you bring problems to light or point out conflicts where they might exist. More likely, you’re finally saying what everyone else is thinking and is afraid to say. Or you’re bringing something up that’s important for everyone to understand in order to improve and move forward. Put problems up for discussion and brainstorm solutions. Hiding problems only makes them grow.

As you seek to master these three steps, remember one more thing: adults don’t crush each other just for acting like adults. We’ve got to support each other in our efforts to be truthful and vulnerable. A team is only as strong as its weakest link, so it’s critical that we lift each other up.

When we act like adults – especially in the sandbox – we all win. 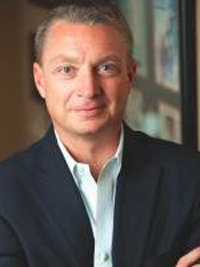 Andy Bailey can cut through organizational BS faster than a hot knife through butter, showing organizations the logjams thwarting their success and coaching them past the excuses. After all, as he tells his clients, 100% annual growth is only 2% growth every week. It’s not easy. But possible. Andy learned how to build great organizations by building a great business, which he started in college then, grew into an Inc. 500 multi-million dollar national company that he successfully sold and exited. He founded Petra to pass on to other entrepreneurs, business owners and leaders the principles and practices he used to build his successful enterprise, which are rooted in the Rockefeller Habits methodology.