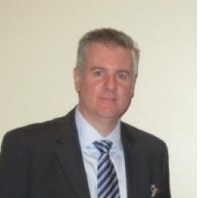 Located near Dufferin and St. Clair in west-central Toronto, Premier Medical Centre is a multi-disciplinary rehabilitation centre with a focus on natural recovery methods, from massage therapy, physiotherapy, psychological therapy to chiropractic services.

Their team of health care professionals is dedicated to creating a welcoming atmosphere that allows patients to relax and get the most out of their treatment.

When Premier Medical Centre first contacted Connectability in June 2014, they were experiencing severe network connectivity problems. Users were only intermittently able to connect to the Internet and printing was unpredictable. Copying files from one computer to another was painfully slow, when it worked at all.

The very same day our technician was onsite and it took him only a few hours (if that) to get to the root of the problems. Three different devices were trying to act as routers on the same network, causing confusion, data collisions and generally slow performance.

Within a couple of hours, Phil had reconfigured the network to use only a single router. At the same time, he diagnosed some additional network issues and made plans to return and resolve them.

Today, Connectability provides Premier Medical Centre with a full complement of Managed IT Services. The network issues that we first identified are now long gone and the network is completely stable.

Working with the team at Premier, we recently refreshed their network with new technology (including new computers and a UPS) and, as a result, it’s running better than ever.

“Connectability was a great discovery. Since they took over, our Information Technology has been totally dependable; up and running when we need it. The monthly cost is very moderate and their staff are a pleasure to work with. I can’t recommend them highly enough.”

If your IT infrastructure is creating productivity problems for your business and you’re looking for a better solution, consider Managed IT Services from Connectability.

We’ll fix your problems and monitor your networks 24x7 to make sure that when you need it most, your technology is ready for you.