A Limited Offer For Prospective Clients Who Want To Put Us To The Test!

Our Free Cyber Security Risk Assessment Will Give You The Answers You Want, The Certainty You Need

For a limited time, we are offering to give away a Free Cyber Security Risk Assessment to prospective clients who want to pus us to the test. This is entirely free and without obligation.

This assessment will give you an unbiased cyber security risk score, and validation from a qualified third party on whether or not you are protected against ransomware and other cybercrime attacks.

Here’s How It Works: At no cost or obligation, one of my lead consultants and I will come to your office and conduct a non-invasive, CONFIDENTIAL investigation of your computer network, backups and security protocols. Your current IT company or guy DOES NOT NEED TO KNOW we are conducting this assessment. Your time investment is minimal: one hour for the initial meeting and one hour in the second meeting to go over our Report Of Findings.

When this Risk Assessment is complete, you will know:

If we DO find problems…overlooked security loopholes, inadequate backups, credentials that have been compromised, out-of-date firewall and antivirus software and (often) active malware…on one or more of the PCs in your office, we will propose an Action Plan to remediate the situation that you can have us implement for you if you choose. Again, I want to stress that EVERYTHING WE DISCUSS AND DISCOVER WILL BE STRICTLY CONFIDENTIAL.

Please Do NOT Just Shrug This Off
(What To Do Now)

I know you are extremely busy and there is enormous temptation to discard this, shrug it off, worry about it “later” or dismiss it altogether. That is, undoubtedly, the easy choice…but the easy choice is rarely the RIGHT choice. This I can guarantee: at some point, you WILL HAVE TO DEAL WITH A CYBER SECURITY EVENT.

Hopefully you’ll be brilliantly prepared for it and experience only a minor inconvenience at most. But if you wait and do NOTHING, I can practically guarantee that the attack on your business will be far more costly, disruptive and devastating.

You’ve spent a lifetime working hard to get where you are today. Don’t let some lowlife thief operating outside the law in another country get away with taking that from you. And certainly don’t “hope” your IT guy has you covered. Get the facts and be certain you are protected.

Important! We hate spam as much (or more!) than you and promise to NEVER rent, share, or abuse your e-mail address and contact information in any way.

Who Is Ted Shafran?

A computer science graduate of York University, Ted founded Connectability Inc. in 1995, with a focus on providing end-to-end support for business IT needs. Prior to that he was founder, President and CEO of KTS Business Systems Inc. in Toronto, a large Systems Integrator and software developer ...read more

A computer science graduate of York University, Ted founded Connectability Inc. in 1995, with a focus on providing end-to-end support for business IT needs. Prior to that he was founder, President and CEO of KTS Business Systems Inc. in Toronto, a large Systems Integrator and software developer.

Over the years, Ted has been a pioneer in exploring and implementing new technologies in business environments. In the early 1990s, he was instrumental in the implementation of Linux, the Internet, and Virtual Private Networks (VPNs) in a variety of corporate settings, long before they were widely in use. More recently, he has worked extensively in the areas of Virtualization and Cloud Computing. Ted continues to be intrigued by the possible applications of new technologies.

Ted is also passionate about customer service, courtesy and the need for professionalism in IT. He believes that IT specialists should demonstrate the same level of commitment and professionalism as lawyers and accountants and he insists that every member of the Connectability team adhere to those principles

Here Are Just A Few Other CEOs We’ve Helped: 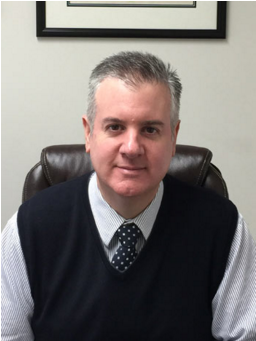 Connectability was a great discovery. Since they took over, our Information Technology has been totally dependable; up and running when we need it. The monthly cost is very moderate and their staff are a pleasure to work with. I can’t recommend them highly enough. 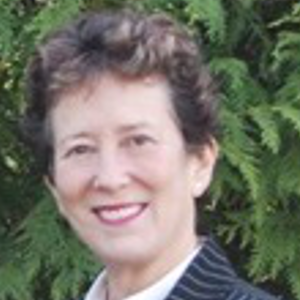 The team at Connectability has provided our organization with expert IT service for the past nine years. Regardless of the size or complexity of the issue we may be facing, the staff at Connectability respond quickly and are always able to resolve our issues promptly and competently.