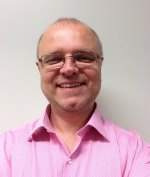 DVI Lighting is one of North America's major players in residential lighting. With administrative offices in Toronto, sales offices in Toronto and Dallas, and warehousing in Toronto and Buffalo, DVI is positioned to offer product all across North America. DVI continues to build upon its three founding principles; a strong commitment to annual design cycles keeping the product line fresh and in fashion, offering reasonable pricing on products so average families can afford the line and feel that it has value in excess of its price point, and maintaining a fill rate for inventory so that retailers feel confident and trusting that when they need product, they will get it.

In order to deliver on those principles, DVI operates a sophisticated IT infrastructure that includes an extensive server farm, virtualization, multiple operating systems, warehouse wireless and more. For many years Connectability has provided the technical expertise to keep that infrastructure running smoothly and to help it grow and adapt to DVI's changing needs.

About a year ago, DVI realized that tape and disk backups just weren't secure or powerful enough to address their critical business needs in the event of an emergency. Working with Connectability, they made the move from tape-based backups to a Cloud backup solution powered by Datto. Within a few days, all of their critical data was safely and securely stored in the Cloud and the old, clunky tape backups were turned off.

More recently, DVI's Remote Terminal Server failed, seriously affecting the ability of its remote offices to get their work done. It was essential to get them back up and running again. That's where Connectability and Datto took over. Only a few hours later, the functionality had been moved to another server and the critical data had been restored from the Datto Cloud.

According to Marian Bukal, IT Director for DVI, "We were thrilled by how fast Connectability was able to get us back up and naming. The Datto Cloud solution really delivered on its promises."

Don't put your business at risk by failing to perform adequate backups. A Cloud backup solution from Datto or one of Connectability's other Cloud partners will make sure that if disaster strikes, you'll be ready.