Are you paying too much for too little?

It seems every day something major changes in the world around us. In the early 90s, cell phones were mostly built into cars. And just a few years ago, everyone had a flip-phone. Today it’s a Smart Phone.

The same kind of accelerated growth happened with the Internet. Until the 90s, the Internet was only available to governments and universities. Eventually, that universe expanded to include large businesses, who could afford the hefty cost of entry.

A few more years passed and dialup Internet service became widely available to consumers. But it was slow, and used primarily for email.

But the pace of change quickly picked up, first with the arrival of ISDN, followed by Cable and DSL internet. And, as you can see in the chart below, the speed of the average Internet connection in 2015 is roughly 2,000 times faster than the dialup connections we were all using less than 20 years ago! And in Asia, the average Internet speed is at least three times faster than here in North America.

Which bring us to the important question: are you still paying for 2010 connectivity in 2015?

You’d be surprised: almost every time we go into a new client, we discover that their Internet connection is either too slow, too expensive, or both.

The thing is that most ISP’s have very little incentive to offer you a better deal, unsolicited. It’s only going to lower their revenue and increase the load on their networks. So unless you make a regular point of tracking the marketplace, you’re probably on an old plan, at old prices. So here are a few tips to make sure that you’re getting maximum value for your money:

And of course, Connectability is always ready, willing and able to help you with this. We work with ISP’s every day and we know the ins and outs of the business. If you’re a Managed Services customer, part of our commitment to you is helping your business maximize the return on its IT dollars. 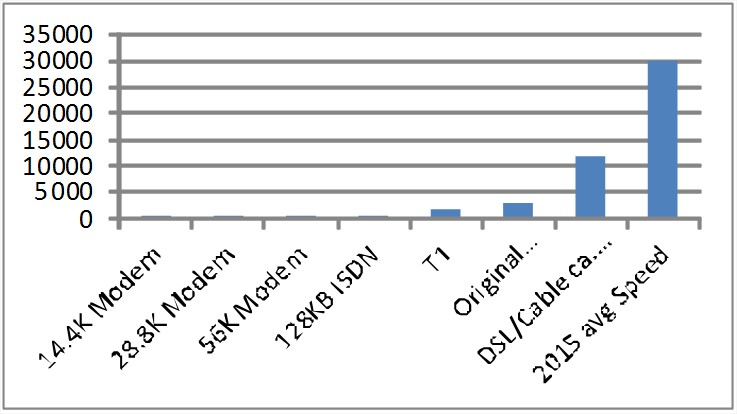