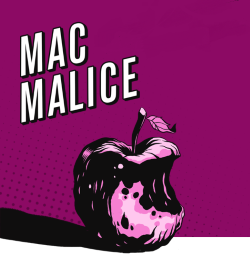 In today’s corporate environments Apple Macintosh computers have gained a lot of ground. There is plenty of technical literature revolving around security threats that effect Windows machines, but not nearly as much info related to Mac’s. As a result, a lot of Mac users don’t take the proper steps to secure their machines against malware and data loss.

Macs have a reputation for security that likely has more to do with Apple’s marketing than reality - Macs can be infected with malware just like PC’s. Even scarier, they can even play host to Windows malware and spread it across your network to all your Windows computers.

Unfortunately, an astounding number of Mac users still believe they are immune to malicious code. Surprisingly it’s actually quite easy to create malicious code for Macs and since most users don’t have antivirus software it can easily go undetected.

Even Apple’s employees aren’t immune to these attacks. In February 2013 employees had their devices compromised by malware via a vulnerability in Java, and a similar vulnerability infected 600,000 Macs in 2012. Although these attacks aren’t widely publicized they still happen on a regular basis, and the risks are only increasing. Cybercriminals develop tools to sneak past the security of your operating system on a regular basis so trusting this system entirely is a bad choice.

In order to protect yourself from vulnerabilities it’s important to:

Just because Macs are user friendly doesn’t mean they’re always protected. By taking the proper steps to defend your devices you could save your organization tons of money. And frankly, these fixes take very little time and money. Since computing and using the internet is becoming increasingly dangerous it is critical to take steps to protect yourself, especially if you use your computer for business.