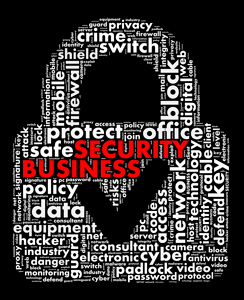 Efficient Escrow of California was forced to close its doors and lay off its entire staff when cybercriminals nabbed $1.5 million from its bank account. The thieves gained access to the escrow company’s bank data using a form of “Trojan horse” malware.

Once the hackers broke in, they wired $432,215 from the firm’s bank to an account in Moscow. That was followed by two more transfers totaling $1.1 million, this time to banks in Heilongjiang Province in China, near the Russian border.

The company recovered the first transfer, but not the next two. They were shocked to discover that, unlike with consumer accounts, banks are under no obligation to recoup losses in a cybertheft against a commercial account. That meant a loss of $1.1 million, in a year when they expected to clear less than half that. Unable to replace the funds, they were shut down by state regulators just three days after reporting the loss.

Net result? The two brothers who owned the firm lost their nine-person staff and faced mounting attorneys’ fees nearing the total amount of the funds recovered, with no immediate way to return their customers’ money.

While hacks against the big boys like Target, Home Depot and Sony get more than their share of public attention, cyber-attacks on small and medium-sized companies often go unreported, and rarely make national headlines.

Don’t let this lull you into a false sense of security. The number of crippling attacks against everyday businesses is growing. Cybersecurity company Symantec reports, for example, that 52.4% of “phishing” attacks last December were against SMEs – with a massive spike in November. Here are just a few examples out of thousands that you’ll probably never hear about:

Increasingly, cyberthieves view SMEs like yours and mine as easy “soft targets.” That’s because all too often we have:

If you don’t want your company to become yet another statistic in today’s cyberwar against smaller companies, and your business doesn’t currently have a “bullet-proof” security shield, you MUST take action without delay – or put everything you’ve worked for at risk. The choice is yours.

Here are three things you can do right away:

When it comes to defending your data, whether it’s bank account information, customer and employee records or proprietary intellectual property or processes, Do NOT take chances. Our experience and track record in keeping our clients’ data safe speaks for itself:

“Within weeks of taking over our IT support, Connectability solved the problems that our old provider couldn’t fix, including a VoIP issue that had frustrated us for months. They also identified opportunities to cut software subscription fees and reduce our Internet costs. And, they accomplished this without any loss of efficiency or functionality.” - Matthew Bacchiochi, Vice President, Gavin Management Group

We are offering our Cyber Security Assessment at no cost through the end of December to 5 companies in the area. Call me at 416-966-3306 or e-mail me at [email protected] TODAY because we can only offer this valuable service to the first 5 companies that apply.